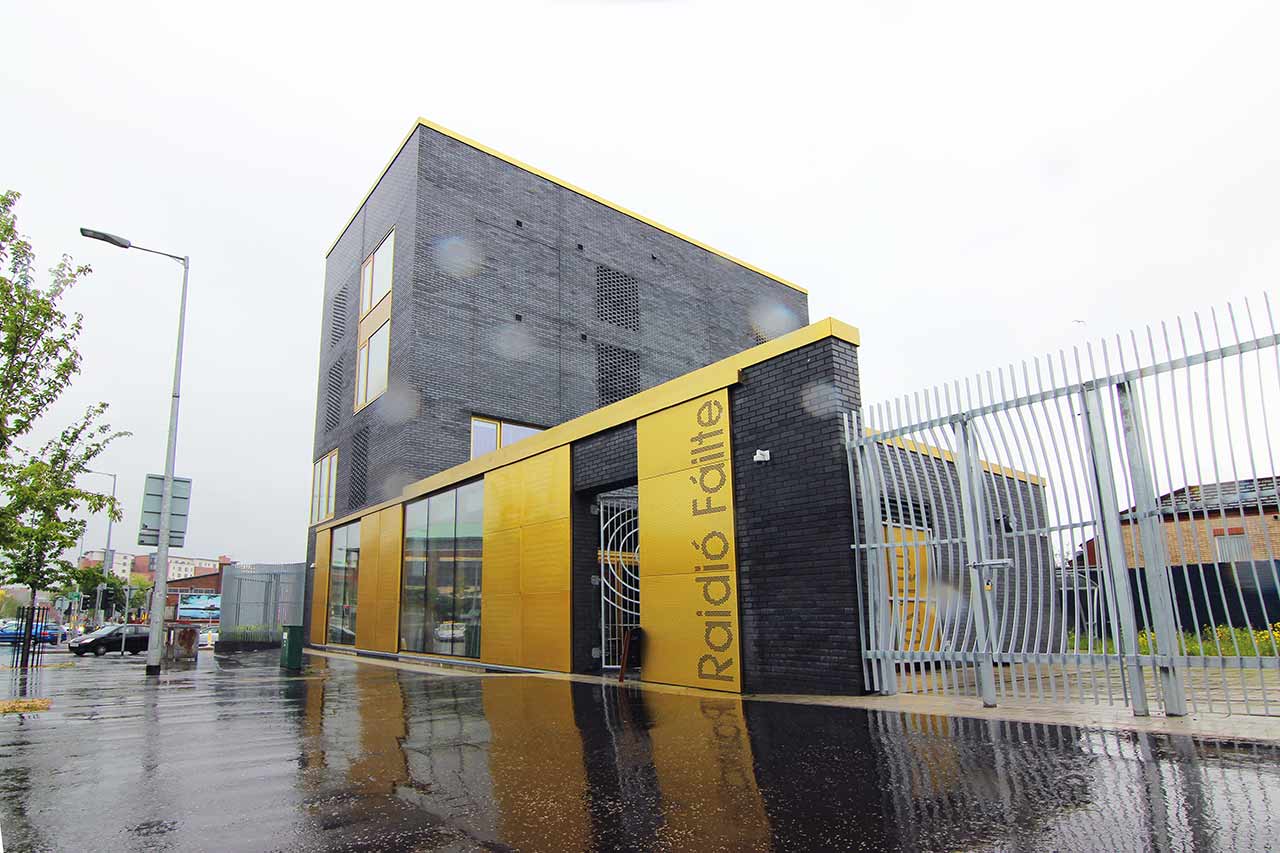 Raidió Fáilte’s new headquarters (Líonra Uladh) is a state-of-the-art building boasting the most up to date broadcasting equipment as well as the most amazing views of Belfast.

Cleary Contracting acted as the principle building contractors for the project. The project involved some innovative building techniques for both the design and function of the building.

As a radio station the acoustics of the rooms are of utmost importance. So much so that in the recording studios of the building, no walls are at exact right angles. The technique is used to avoid feedback when recording.

The site of the new building is at one of Belfast’s busiest junctions, where Divis Street meets the Westlink. Previously an area of high social deprivation and “a hub for antisocial behaviour”, the award winning Raidió Fáilte building has become a leading example of how design, client passion and strategic vision can deliver real and lasting community benefit.

Previously an area of high social deprivation and “a hub for antisocial behaviour”, the award winning Raidió Fáilte building has become a leading example of how design, client passion and strategic vision can deliver real and lasting community benefit.

The Judges at RICS were impressed by the Raidió Fáilte team’s clear commitment to community engagement and enrichment programmes, facilitated by their new building.

RICS has awarded Líonra Uladh the Community Benifit award for 2019.

The building appears as a small tower marking this critical point in the city. It is brick externally with gold anodised perforated sliding screens which close the building up at night.

During the day the screens slide to reveal a popular café on the ground floor. Internally the building is surprisingly light filled. The tower is carefully and efficiently planned, adopting clever strategies in order to open up the single stair to the rest of the floors.

Cleary Contracting Limited is a privately owned construction company, founded in 1983.  We have worked with clients throughout Northern Ireland’s public and private sectors, successfully delivering a wide range of projects.

Any cookies that may not be particularly necessary for the website to function and is used specifically to collect user personal data via analytics, ads, other embedded contents are termed as non-necessary cookies. It is mandatory to procure user consent prior to running these cookies on your website.