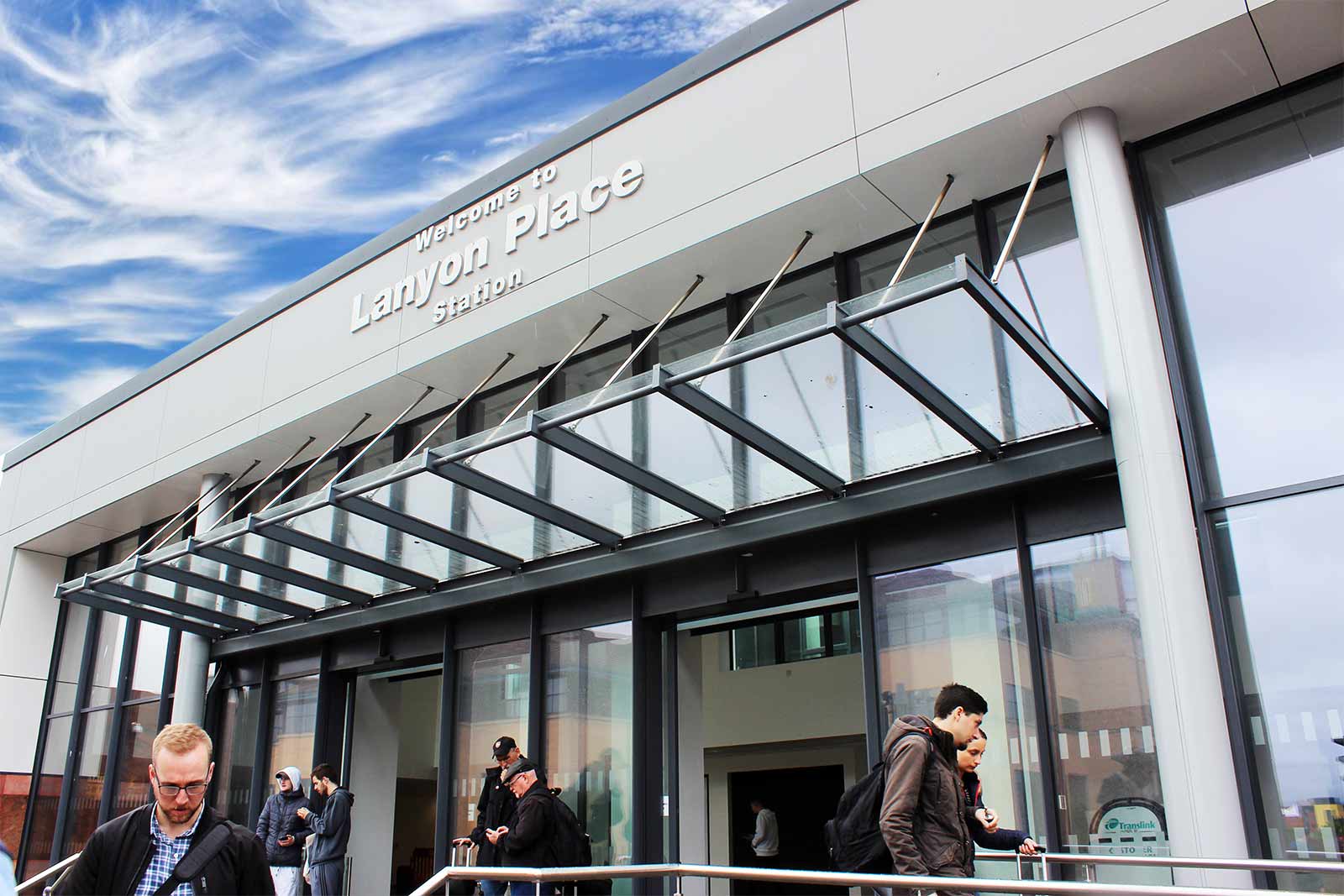 An interesting tidbit in the news today with Translink announcing that Belfast Central Station is to be renamed “Lanyon Place” following a programme of refurbishment due to be completed in September. From the press release :

The Lanyon Place area has become a major hub of activity, with the ‘Lanyon’ name being adopted by a range of neighbouring businesses, alongside Belfast City Council’s exciting plans for the Lanyon Tunnels.

‘We consulted with a range of local stakeholders regarding this name change, and Lanyon Place made sense in order to provide more clarity on where the station is geographically located within the city. We plan to phase the new name in over the coming months, with the official name change introduced from September when the works are due to be completed.

The renaming of the station breaks with a little piece of tradition that is not well understood by Belfast residents and visitors alike – who often ask “why is it called Belfast Central when it isn’t in any way central ?”

The answer lies in the long and fractured history of the railways in Belfast. Back in the Victorian era, when the railways were being constructed under what was then a kind of dot-com boom, private sector investors were building railways all over the place, subject to little control other than soft-touch parliamentary authorisation. In Belfast, there were three separate and unconnected railway terminii, all of them grand, opulent structures reflecting the huge amounts of capital being poured into their construction, and the prestige the new railway companies felt their stations and routes ought to have.

Only a few weeks ago, the last remaining (visible) part of the original York Road railway station – the Midland Building, previously known as the Midland Hotel – was quietly demolished. This was originally the part of terminus of what started life as the Belfast and Ballymena Railway Company in 1848. This enormous station and its associated yards and facilities stretched to the north and west from York Road all the way across to Duncrue Street. Later, the original company was subsumed by the Belfast and Northern Counties Railway, until it was taken over by the GB-based London Midland and Scotland railway, who subsumed it under the name “Northern Counties Committee”.

The LMS-NCC controlled one of the two major routes serving Derry out of Belfast as well as innumerable branch lines along the way, and supervised what would turn out to be the last major railway construction project anywhere on the island of Ireland for nearly a century – the Bleach Green-Monkstown bridge and direct curve, in the early 1930s.

Cleary Contracting Limited is a privately owned construction company, founded in 1983.  We have worked with clients throughout Northern Ireland’s public and private sectors, successfully delivering a wide range of projects.

Any cookies that may not be particularly necessary for the website to function and is used specifically to collect user personal data via analytics, ads, other embedded contents are termed as non-necessary cookies. It is mandatory to procure user consent prior to running these cookies on your website.